Our three-pronged approach helps businesses embrace technology by providing coverage for the cost of cyber incidents while reducing both likelihood and impact.

Our three-pronged approach helps businesses embrace technology by providing coverage for the cost of cyber incidents while reducing both likelihood and impact.

Rating†
A.M. Best
Find out more about our financials and ratings
*Total capital represents the sum of total shareholders’ equity and debt
†Ratings of insurance and reinsurance subsidiaries of AXIS Capital Holdings Limited

"At AXIS Insurance, we're not afraid to take on complex and volatile risks. Why? Because, our expertise runs deep." 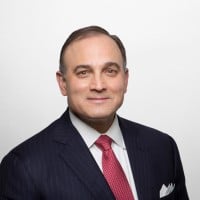 Vincent C. Tizzio was appointed CEO Specialty Insurance and Reinsurance in June of 2022. He joined AXIS in January 2022 as Senior Advisor – Insurance Market Strategy. Prior to joining AXIS, Mr. Tizzio served as Executive Vice President and Head of Global Specialty at The Hartford where he led a multi-billion dollar business focused on delivering a broad array of specialty products through wholesale and retail channels. Previously, he had served for seven years as President and CEO of Navigators Management Company, leading the organization until its acquisition by The Hartford in 2019. Prior to this, Mr. Tizzio worked at Zurich Financial Services and AIG, serving in progressive senior leadership roles within both companies.

Mark Gregory is Chief Executive Officer (CEO) of AXIS Insurance's International Division, and is responsible for all Insurance activities in London, Brussels, Amsterdam, Singapore and Miami. In 2017, Mark led the launch of AXIS Managing Agency Limited as its CEO. This firm manages and oversees all the activities of Axis Syndicate 1686 at Lloyd's of London. Mark began his career in 1980 as a broker. Prior to joining AXIS, he spent 15 years at Marsh where he was CEO of Marsh Global Markets International (2004) and was the Founding CEO of Bowring Marsh (2008). He was an Executive Director on the Board of Marsh UK Limited. He has served on the Board of the International Underwriters Association (IUA) since 2015.

Edward "Ed" Ashby is Global Head of Distribution at AXIS Insurance, a role he has held since June 2015. Ed manages distribution and business development across AXIS Insurance's global platform, working collaboratively with all business units to build strategic relationships with AXIS' largest trading partners. Ed joined AXIS Insurance as Head of U.S. Distribution in February 2014. Prior to AXIS, he spent almost nine years at QBE as Head of Global Distribution – North America (2010–2014) and Head of Credit and Surety (2005–2010).

James Hamilton is Global Head of Accident and Health at AXIS Insurance, a role he has held since August 2018. James initially joined AXIS in March 2010 as Chief Executive Officer of Accident &amp; Health Insurance for North America. He built AXIS' A&amp;H insurance proposition from the ground up, using both traditional and emerging InsurTech-enabled distribution channels. Before AXIS, James was a Senior Vice President at Chubb (1999–2010) and led its North American Accident, Benefits and Life division. Prior to this, James held increasingly senior roles at CNA Insurance (1989–1999), culminating in his position as Vice President and leader of CNA Group Benefits.

Robert (Rob) Hartman was named Chief Operating Officer for AXIS Insurance in July 2017, having joined AXIS as Senior Vice President, Business Development, in November 2015. Before AXIS, Rob was a consultant at McKinsey &amp; Company for more than 11 years, where he was a Partner in the insurance practice and led the Pittsburgh office for five years. Prior to his work with McKinsey, Rob served as Naval Flight Officer in the U.S. Navy for more than eight years, where he was a Mission Commander of P-3C Orion aircraft and completed three overseas deployments.

Mike Baumel has served as Chief Claims Officer for AXIS Insurance since March 2020. In this role, he is responsible for all insurance claims activity worldwide, working closely with AXIS Insurance’s Actuarial, Underwriting and Distribution teams to ensure that the business segment’s Claims operation is fully aligned to AXIS customer and business needs. Mike joined AXIS Insurance in 2015 as Head of North American Claims. Prior to that, he served as ACE’s Senior Vice President of Excess Casualty Claims. He previously held several management roles at CNA, including Head of European Claims, Vice President of Global Casualty Claims, Vice President of Healthcare/Medical Technology Claims, and Illinois Branch Vice President. Mike started his insurance career at GE’s Employers Reinsurance Corporation, first as a claim handler and then in several claims leadership roles. Prior to joining the insurance industry, Mike practiced law for 10 years in Chicago, mostly as a Prosecutor.

Based in London, Michael Silas is Head of Global Credit Reinsurance at AXIS. Prior to his current role, Michael served as an Executive Vice President and Head of Capital Risk Solutions for AXIS Insurance since 2017. Michael led AXIS' proposition for commercial banks, multilateral agencies and export credit agencies, with a focus on loan non-payment coverage of project finance, aircraft finance and structured credit. Michael joined AXIS in Bermuda as a Vice President and Credit &amp; Political Risk Underwriter in 2007, before taking his role as Senior Vice President in February 2012. Prior to AXIS, Michael spent 13 years at a major insurance broker in New York, Singapore, London and Amsterdam, rising to Senior Vice President specializing in credit and political risk brokering for financial institutions.

Usman Malik is the Deputy Chief Pricing Actuary for AXIS Insurance. He leads the Pricing and Catastrophe Modelling across the segment and represents the Pricing function as a member of the Insurance Management Team. Previously, Usman served as Head of Property Pricing for AXIS Insurance. He first joined AXIS in April of 2012 as Vice President, Risk Management Actuary. Prior to AXIS, Usman was the Chief Actuary for Kuwait Reinsurance from 2010-2012. Usman began his career in 2006 as a Consulting Actuary for Willis Towers Watson.