Navigating uncertainty with the expertise your clients need

The AXIS Marine Cargo team is dedicated to protecting your clients against the unknown. With years of experience and an open-for-business attitude, they are there for your clients every step of the way. Every member of the team can handle any of the risks within the portfolio, but each one has their own particular specialties.

Helen is the Head of Marine Cargo at AXIS. She began her career in Cargo insurance in 1997 as a graduate trainee with Willis Faber & Dumas.  After ten years on the broking side, she switched to underwriting in 2007. She joined Novae Underwriting as Head of Cargo in 2016, which was then bought by AXIS in 2017.

David joined Novae (which was bought by Axis in 2017) in 2007, starting in Outwards Reinsurance before moving into Marine Underwriting in 2012. There he gained experience across the Marine portfolio, before specializing in Cargo from 2016 onward.

Rachel is a Senior Cargo Underwriter at AXIS. She began her career in Cargo insurance in 2007, as an underwriting assistant for Mitsui Sumitomo Insurance working alongside Helen Steadman. Rachel joined the AXIS team in 2018, handling any of the risks within the Cargo portfolio.

Ryan is a Senior Underwriter on the Marine Cargo Team at AXIS. He began his career in Cargo insurance in 1996 as a graduate trainee with Eagle Star. He has remained an underwriter, previously working at Allianz, Catlin and Markel. He joined AXIS in 2019, further strengthening the Cargo team.

From everyday Cargo transportation to more specialized risks, our skilled team has the capabilities to effectively handle a wide range of situations.

*Case study examples may be based on actual cases, composites of actual cases or hypothetical scenarios and are provided for illustrative purposes only. Facts have been changed to protect the confidentiality of the parties. Cover provided depends on the facts and circumstances of the risk, the terms and conditions of the policy as issued and applicable law.

Considerations for your client

Each industry faces their own unique risks and, as such, needs their own specific coverage areas. Outlined here are some of the key considerations for each industry. 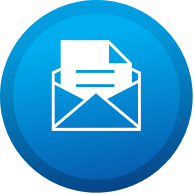 AXIS Contact Us
Let's start the conversation
Please select the topic of your inquiry
Select a topic for your inquiry
Please select the topic of your inquiry
Tell us a bit about you.
We'll keep it short.
ALL FIELDS REQUIRED
First & Last
Company
Phone number
Work email
Confirm email
Email addresses must match.
Continue
Where are you located?
Please select a country
Country
Continue
What are you interested in?
Enter your message
Sorry, there was an error with your captcha!
Submit
Thank you, for your inquery.
Learn more about AXIS
Thank you for contacting AXIS Capital. Your submission has been received.

A distributor supplying various retail stores across the U.S. sources from suppliers across Asia.

The goods will be collected by local couriers or carriers in order to be delivered to U.S. retail stores. The shipping container is then loaded aboard a container vessel for a voyage to the U.S. which will typically take four to six weeks.

Upon arrival at a port in the U.S., the container is unloaded and passes through customs. Once cleared by customs, the shipping container is collected by a haulier and taken to a distribution center where it is unloaded and goods stacked on racks. These goods will then be used to complete sale orders.

The goods will be collected by local couriers/carriers in order to be delivered within the U.S. to the retail stores. The goods are covered throughout its voyage from the manufacturers right through until delivery to the final retail stores. At each step of the voyage, the AXIS stock throughput coverage would be in force, ensuring that the whole voyage and associated storage is protected.

A satellite manufacturer won a contract to provide a constellation of smaller satellites to the commercial sector for broadband and GPS functionality.

For a business in this industry, the main risks are in relation to the precision work that takes place in the clean room assembly areas and during testing, which can encompass vibration and heat tests. Risk also occurs while the satellite is at the launch pad and on board the selected launch vehicle, which is fueled and ready to go.

For these types of risks, AXIS Cargo can cover the inward transit of the component parts followed by the assembly, integration and testing of each of the satellites while at the manufacturer’s premises. Coverage can be extended to the transit of the finished satellites to the launch pad until the moment of intentional ignition on board the launch vehicle.